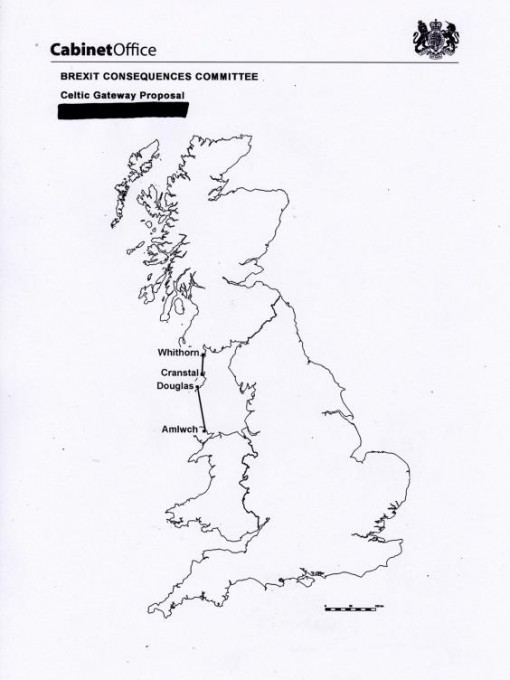 Connor Brothers in Brexit April Fool hoax for The Independent

The Connor Brothers produced art of a different kind, putting together an April Fool’s hoax for The Independent newspaper.

Do you read the Independent? If so, what did you make of their article about Scotland and Wales forming a new country if the UK votes to leave the EU in June?!

On 1st April, The Connor Brothers “curated [a story] in conjunction with” The Independent newspaper, informing readers that Scotland and Wales were in preliminary talks to split away from the UK and form a new country, if Britain votes to leave the EU in June.  The article included a number of redacted documents which had been passed to them by a Cabinet Office whistle-blower, it was claimed.  The documents included a map showing the proposed route, for a tunnel or bridge, to connect Wales and Scotland via the Isle of Man.  You can read the full story here.

The Connor Brothers also wrote a piece for the paper, on how to pull off a good hoax; it makes for entertaining reading!  The article describes how “a good hoax can be a thing of unsettling beauty, and, executed perfectly, it can transcend its trickster origins and become a work of art.”  The article goes on to discuss The Connor Brothers’ Lord Byron’s bong hoax and what they describe as “one of the greatest hoaxes of recent decades,” perpetrated by the writer Clifford Irving.  You can read the full article here.