Tim Christie is a Wellington-based creative whose stunning collection ‘Monomoko’ inspired by Maori design has has great success in exhibitions in New Zealand and internationally.

For the last 10 years Tim Christie has been self-employed working as a graphic designer, creative director, entrepreneur and artist.

Tim Christie has helped develop some of New Zealand’s most iconic brands including The Interislander, New Zealand Wine, Radio NZ and the celebrated new identity for the City of Invercargill. Tim Christie’s work has been featured in New Zealand and Australian design awards and published internationally.

More recently Tim Christie has turned his attention to Art. MONOMOKO was first exhibited at the 2017 NZ Art Show where he had immediate success, selling out on the opening night. He was subsequently invited to participate in the annual NZSO Auction, donating a new work to the black-tie event that raised over $105,000. Earlier this year he entered ‘Co-existence’ the international art exhibition celebrating tolerance and diversity. His entry was one of two local pieces selected to join the exhibition as part of its ongoing world tour.

Tim Christie recently travelled to Manchester where his work was selected for a prestigious exhibition hosted by Washington Green Fine Art Group who represent artists such as Bob Dylan and Ronnie Wood. The competition attracted 1000+ entries from around the world, from which 20 finalists were selected. Tim won the popular vote and ‘People’s Choice Award’.

“MONOMOKO is the name I have chosen to represent a series of contemporary graphic-inspired art. My work has been displayed in the New Zealand Art Show for the last two years with huge buyer interest and sales success.

“To understand where this idea came from we have to first head to Scotland. We travelled there for Christmas 2015 to be with my wife’s family and to give the kids a real taste of the festive season in the Northern Hemisphere. Aside from the holiday, having a complete change of scene for 5 weeks does wonders for your creativity. With my mind loosening up I began having fresh random thoughts, as I tend to, that ultimately led to the birth of Monomoko.

“Anyhow, I was curious to see how these thoughts would translate into artwork, so in between family outings and helpings of Xmas leftovers I started reproducing the concepts that were in my mind onto the screen of my MacBook. What emerged initially seemed very striking and inspired me to experiment further, much to the dismay of my in-laws who were expecting me to be a bit more useful. Actually their expectations are pretty low in that regard! Back home a full suite of designs were then developed over the course of the year.

“Monomoko emerged as the perfect name to represent this body of work combining the mostly ‘monochromatic’ colouring of the designs with the graphic symmetry of traditional Maori ‘moko’. The rhythm of the word also felt particularly fitting for the patterned feel of the artwork.” – Tim Christie 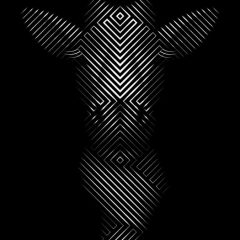 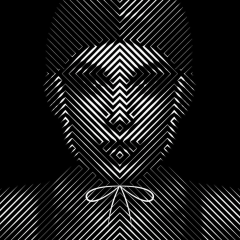 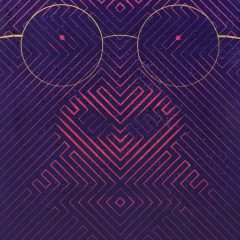 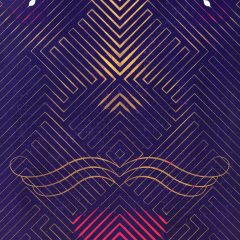 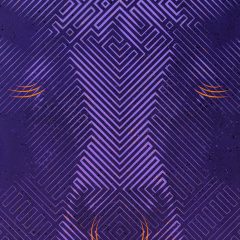