Training as a graphic designer in Wellington, New Zealand, Hamish Macaulay artist has spent over 25 years working for a number of top design and advertising agencies in both NZ and London.

Having started his training as a traditional (pre-digital) graphic designer in the mid-80s and evolving his design skills and abilities through the digital era, he is now in a position of having the skills to manipulate his chosen medium in either traditional or new media, or both.

“Having grown up in New Zealand, coastal and mountain themes have been predominant in my work. With my home now in London, I am influenced by how man-made structures compete with the landscape. I feature the contrast between the strong, angular lines of architectural forms (usually brutalist or modernist structures) interacting with the fluid, organic backdrop of abstracted landforms.”

“This on-going series of mixed media works on found materials represent my concern with the increasing amount of waste we produce, and the lack of consideration for the impact it has on our environment.”

Hamish Macaulay artist is now a full-time artist, but his design background is still apparent in the artwork he creates. His work has been exhibited in galleries in New Zealand, London and across the UK, and he has work in private collections in the UK, LA, South Africa, Australia and New Zealand. 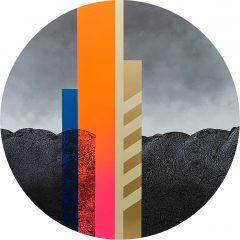 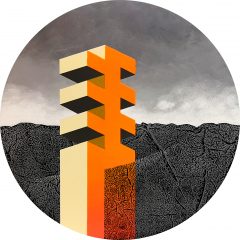 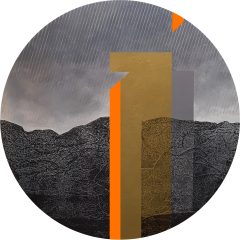 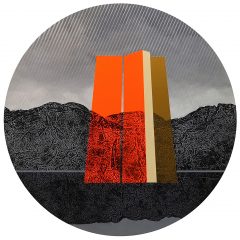 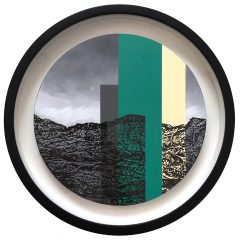 Things We Leave Behind – Emerald 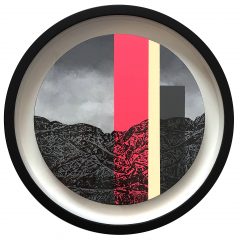 Things We Leave Behind – Fuchsia